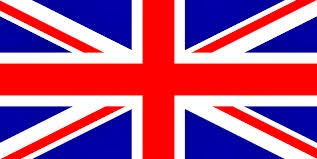 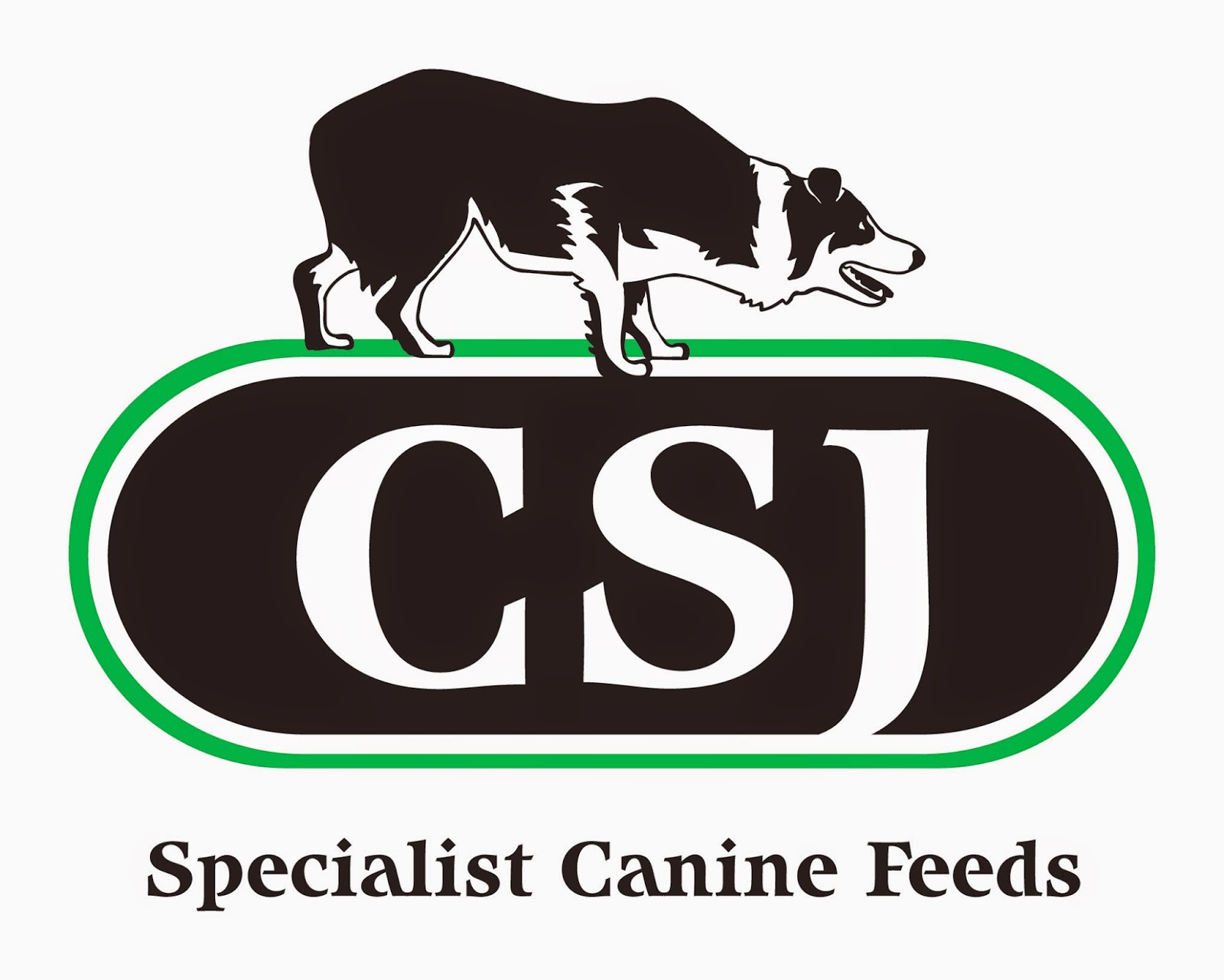 Peter Melling -  film maker on behalf of CSJ - one of the Major Sponsors of HTM Team GBR - travelled to Stuttgart, Germany for the Open European Championships and has taken footage of the event. 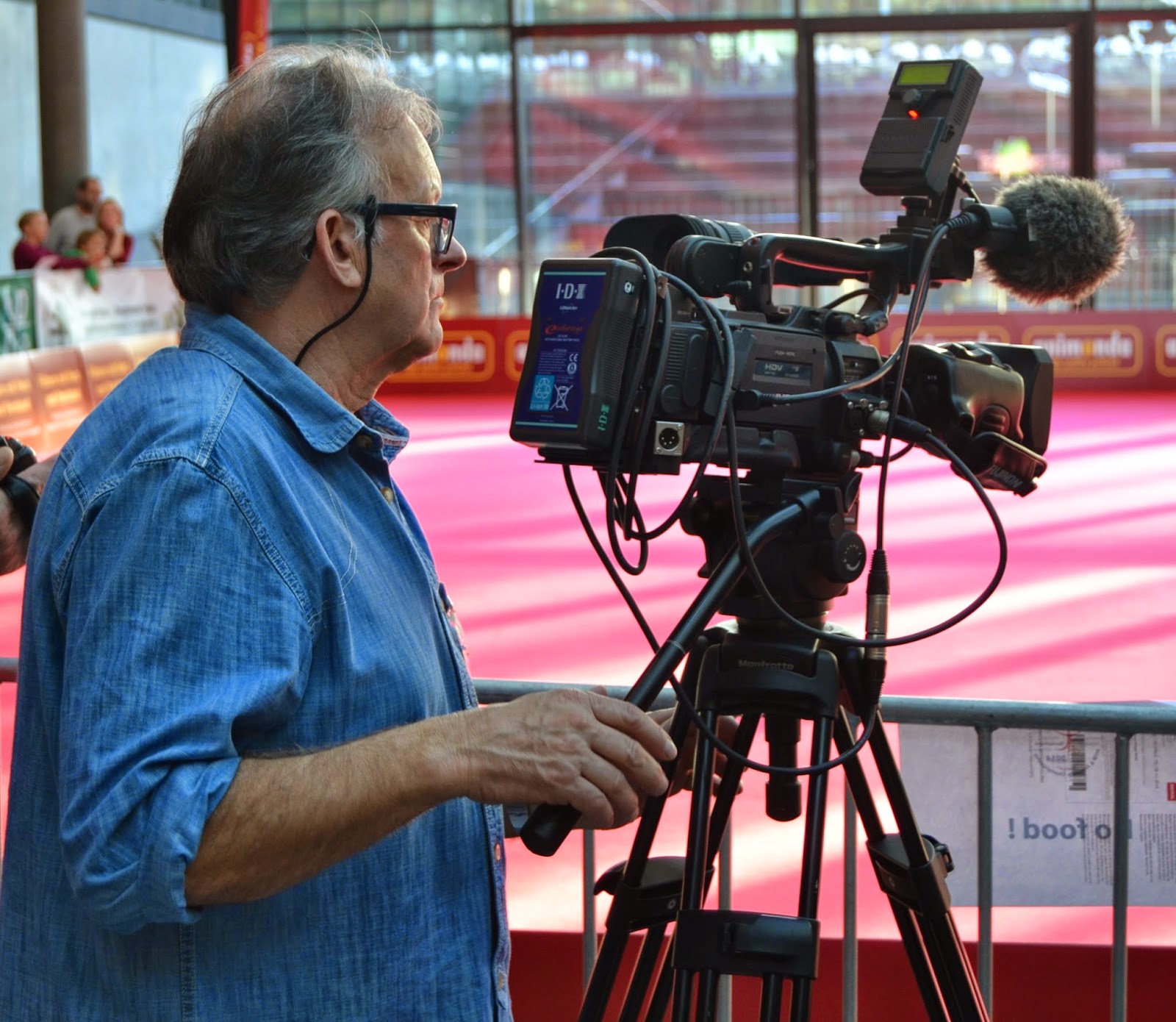 Thanks to Peter Melling of Video4site - it's super!
Posted by Kath Hardman at 08:06 No comments:

The journey started early - well after a hearty breakfast!  The Team said Goodbye to each other and then set off on the long drive to Calais.

Rain, sun, wind - not the best of driving conditions but with three drivers and 2 hour sessions the bus carrying the majority of the Team set off.
This was closely followed by Christina and then Lucy and Rob Creek.  They had booked Eurotunnel times pretty close together knowing that if they arrived anything under two hours early there was a chance of catching an earlier shuttle if there was space for their vehicles.
At Eurotunnel the Top Lodge Bus passengers met with Rob and Lucy who had made good time in the drive from Stuttgart. 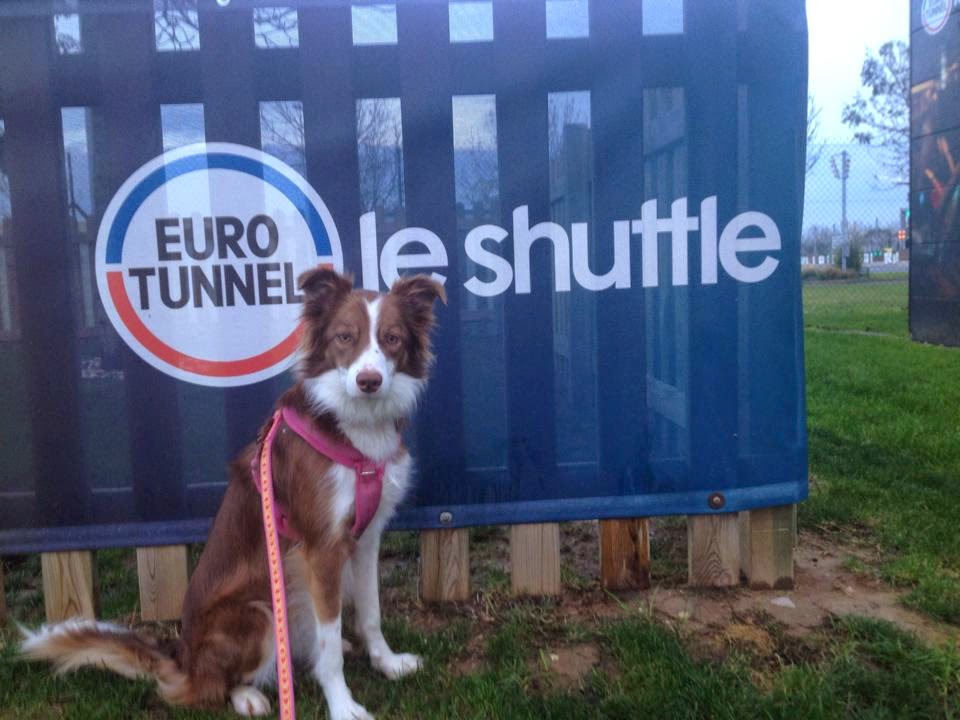 Nala ready to board. 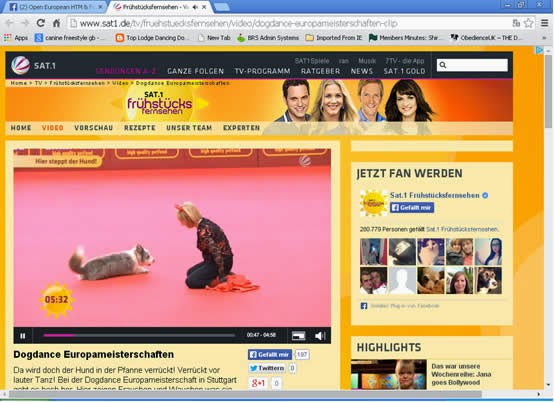 Back home late at night but already great reminders of the competition.
This is a short video featured on German TV

The Team met the following Sunday for a Celebratory meal - unfortunately Carol Mortimer, Allan Eves and Dylan couldn't make the drive but a toast to Louth & District Dog Club was made during the meal. 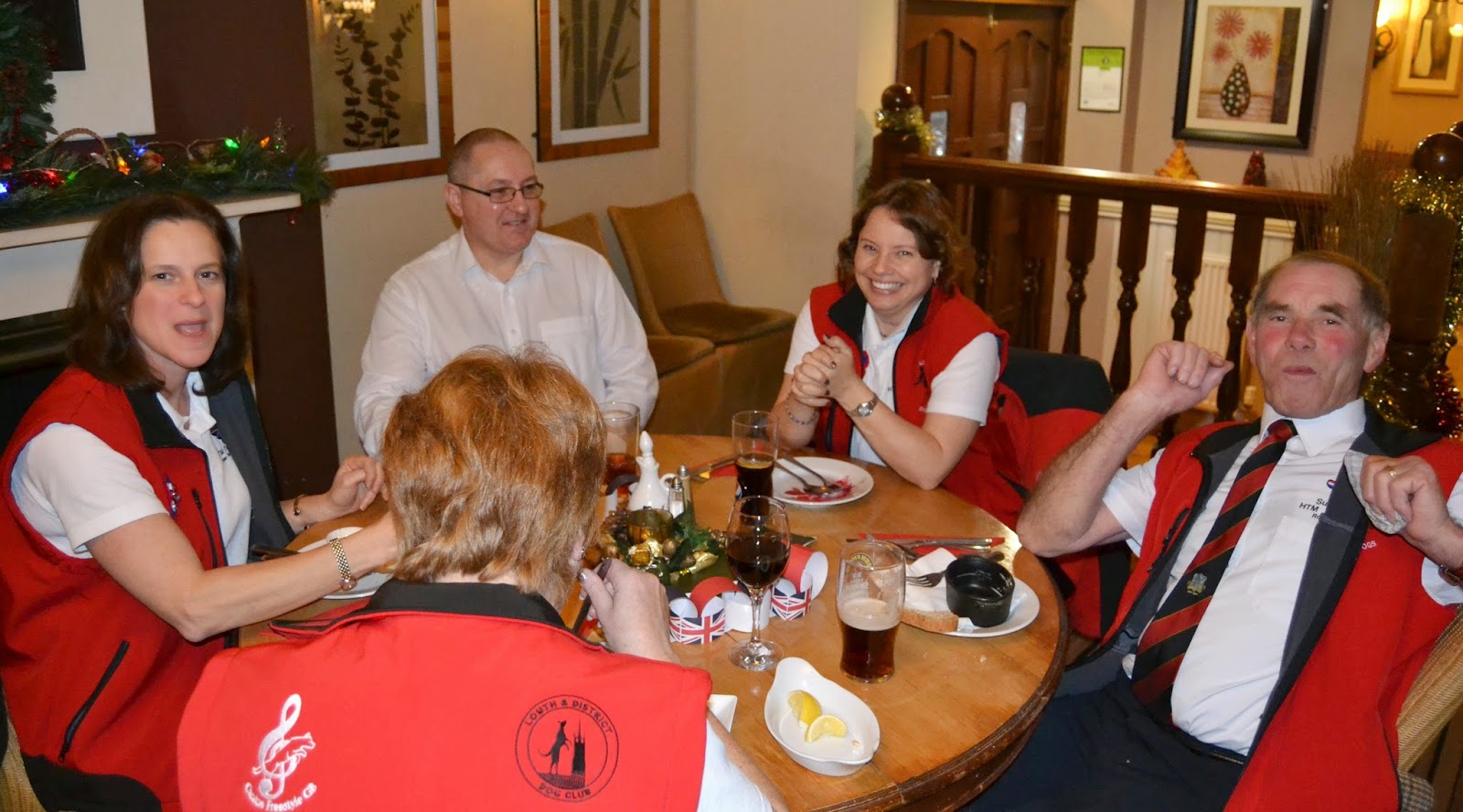 Thanks once again to our Sponsors: Eurotunnel, CSJ Dog Foods, Directline, Canine Freestyle GB and Louth & District Dog Club.  Thanks to Crazydogs for the uniforms and to everyone who helped raise the funds needed for the entries, accommodation and travel.  The team is very grateful.

Posted by Kath Hardman at 23:30 No comments:

Another early start for the Team - thankfully the Hotel Restaurant started serving at 06:30! A hasty breakfast eaten and the Team were off on their short journey to the OEC Venue for the Freestyle Championships.
There were 14 countries competing in this Championship as follows: Germany, Belgium, Russia, Switzerland, Slovakia, Czech Republic, France, Great Britain, The Netherlands, Denmark, Japan, Italy, Sweden and Austria. with 49 competitors.
Again everyone had been notified of their running orders down to the time to be ready for the Warm Up Ring to the time to make their way to the Arena Entrance to the performance time. This helped immensely with having 4 dogs competing in the event (plus two demonstrations to be done by GBR dogs) and as the draw had been made in country order first - there was plenty of time for each member of the team to support and help prepare the next GBR Competitor.
The draw received was as follows:
10:15   Number 12  Lucy and Teasel
11:59   Number 25  Kath and Spice
13:58   Number 37  Nicci and Nala
15:26   Number 48  Christina and Eze.   Unfortunately Eze scuffed a pad sometime Friday and the Team all hoped that it would be good to compete, but Christina realised it was not healed enough and made the tough decision to withdraw from competition which meant the reserves for Freestyle, Lucy and Skiffle would compete in their place.
Lucy was to have taken part in a demo during the lunch break so the organisers were immediately notified Saturday evening of the change in Team for Great Britain.
Straight after Spice had competed, the State Vet arrived to administer the worming tablets for each dog travelling back to Great Britain the following day.  Microchips scanned and checked against each Pet Passport, worming tablet given and the necessary notes with stamps made into the correct page!  Phew - all done and ready to enter GB any time on Monday from 13:00.  Sorted!

Sadly, the Championships for 2014 were over - the competition was a great success for the organisers and was certainly a success with all the handlers.
Well Done to Carmen Schmidt  and all the Team of helpers and stewards.  You all made the Championship a very happy affair for all attending.

Team GBR had competed well, enjoyed their experience, had been proud and honoured to be there and now looked forward to their evening meal with fellow team members and the journey home on Monday.
Posted by Kath Hardman at 08:12 No comments:

The Championship opened at 08:15am so unfortunately the team once again had to be up really early to reach the venue in good time. Each handler had a specific time in the warm up ring - then a specified time for their routine - this was organisation at its very best!  Stewards were collecting handlers for their warm up time and informing them when to set off for the actual competition ring - a choice of stairs or lift and the route was cleared by marshals.  Perfect!
There were 15  Countries entered - with 43 entries from Italy, Japan, Denmark, Russia, Sweden, The Czech Republic, Belgium, Great Britain, Switzerland, France, The Netherlands, Hungary, Slovakia, Finland and Germany.  The draws had been made about 3 weeks prior to the competition - drawing countries first and then a random draw of each handler per country. This worked really well as the Team GBR received their running orders as follows:
09:32   Number   8  Lucy and Skiffle
11:32   Number 19  Kath and Denby
13:24   Number 30  Kath and Amber
14:44   Number 40  Helen and Maia
This gave time for each competitor to be supported and cheered on by fellow team mates!

All the HTM Teams were invited back into the Arena for the announcement of the Top Ten Finalists for the Individual Championship.  They would have to repeat their routines and the new score would be added to the earlier score for their final placings. 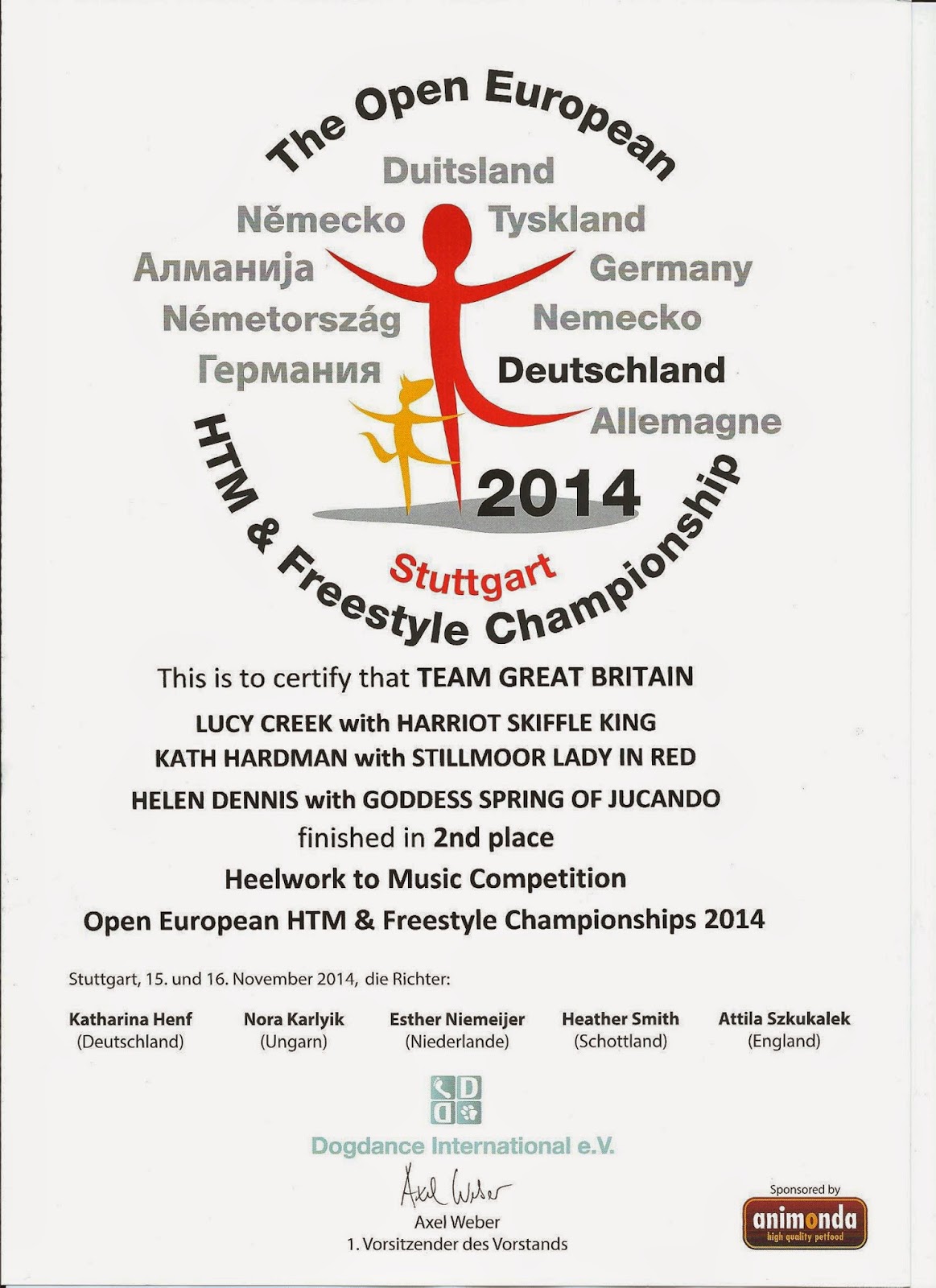 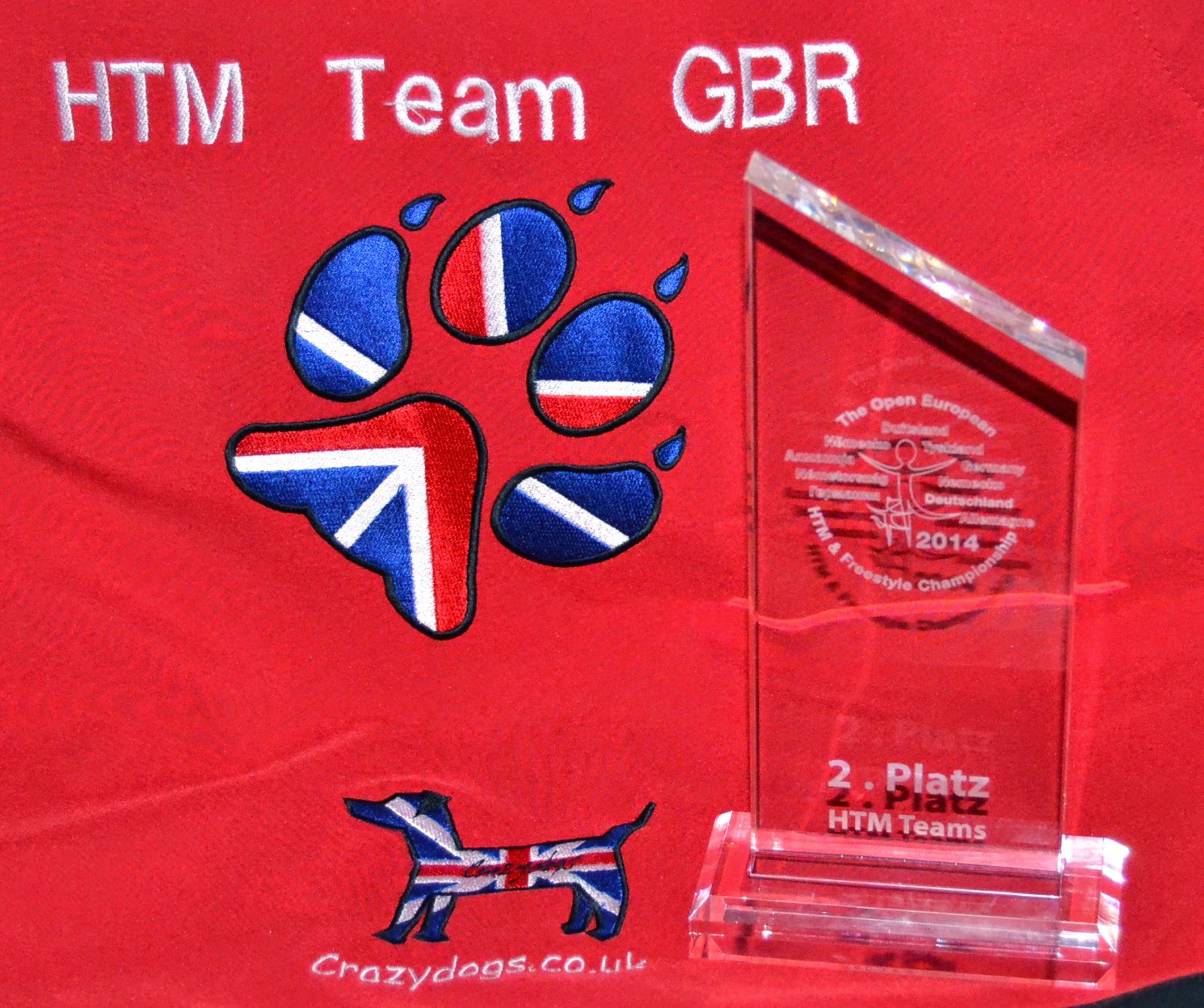 Posted by Kath Hardman at 12:23 No comments: 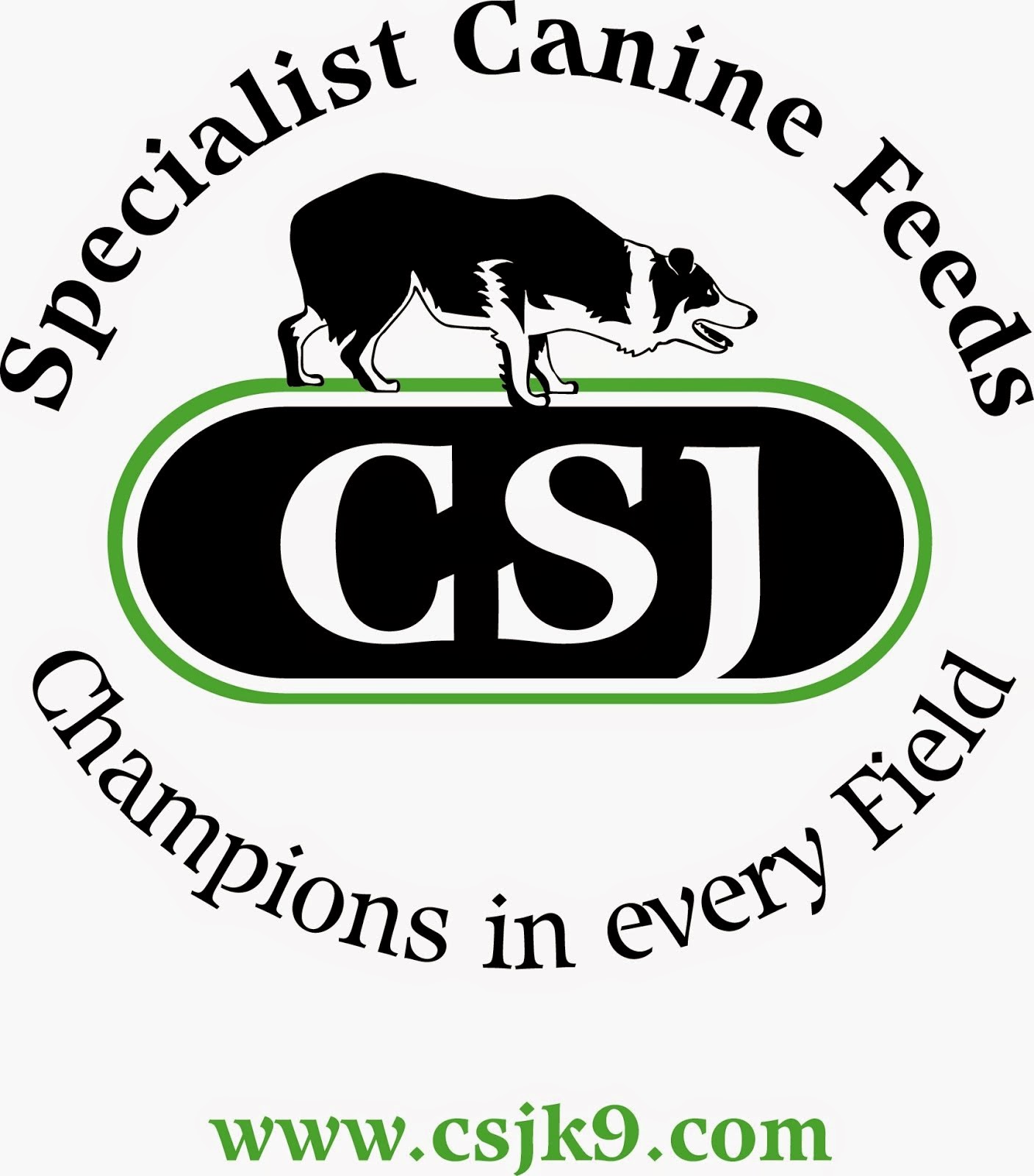 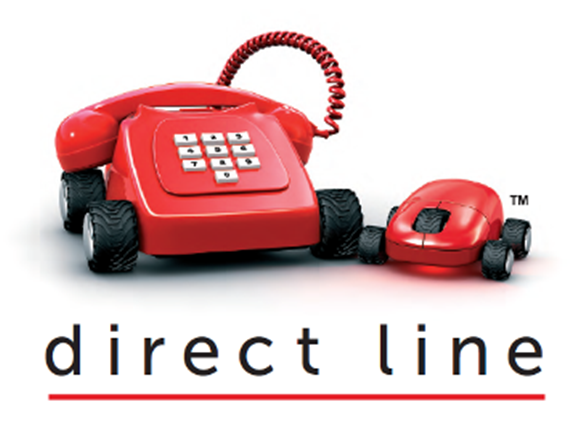 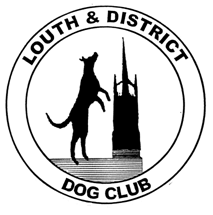 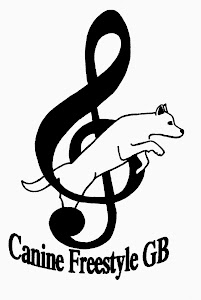